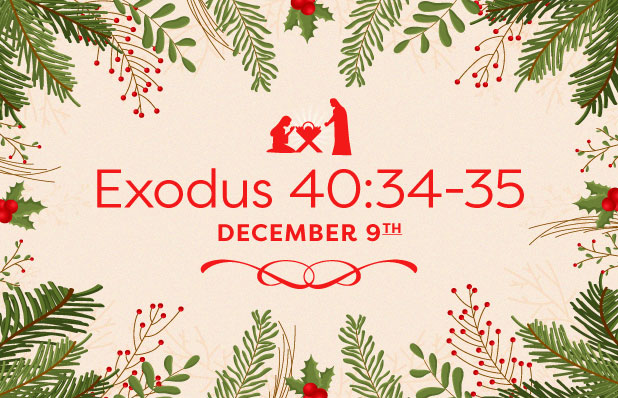 Before they entered the promised land, God gave Israel a plan to build a place where he could meet with them. He would reveal his holiness and his glory in the defined space of the intricately designed tent called the “tabernacle.” In his sovereign mercy, he was pleased to have his glory—the personal presence of God—dwell in the tabernacle where he could meet with the children of Israel.

When the construction was completed, God took up residence in the tabernacle. He appointed a priesthood to make regular, ongoing sacrifices which reminded them that sin would always need to be dealt with to restore a right relationship. God’s glory was manifested in the tabernacle behind a veil in a place called the “Holy of Holies.” No one could enter, upon penalty of death, except for the high priest. He could enter once per year on the Day of Atonement to offer the blood of a sacrificial substitute for the sins of the people of Israel.

Despite the sin of his people, God continued to show them mercy by reaching out to them with his holy presence. He continued to be with his people as they set out from Egypt toward the Promised Land, following them with goodness and mercy on their way home. And he continues still.

Song: The Light Came Down