We have a number of gifted guest preachers scheduled to fill the pulpit at Trinity this summer. Below you'll find their pictures and bios just in case you aren't familiar with them. 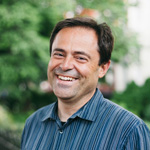 Mark Dever has served as the senior pastor of Capitol Hill Baptist Church since 1994 and as president of 9Marks (a ministry to churches and church leaders) since its founding in 1998. He’s married to Connie and they have two adult children, both married, and one grandchild. Mark has authored a number of books, including 9 Marks of a Healthy Church. 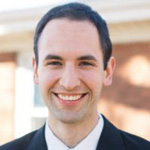 Joshua Greever, PhD, is a professor of New Testament in the College of Theology at Grand Canyon University. He received an MDiv and a PhD in New Testament before becoming a professor. He is married to Amelia and has three children. Dr. Greever loves the local church, reading books and rooting for the St. Louis Cardinals. 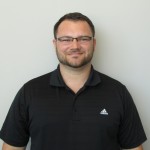 Justin McLendon is a native of Clinton, MS. He did his undergraduate studies in interdisciplinary studies (history and political science) at Mississippi State University. He received his MDiv in biblical studies and his PhD in systematic theology from Mid-America Baptist Theological Seminary in Memphis, TN. He is an ordained minister (Southern Baptist Convention), and has pastored and served on church staff for churches in Tennessee, Mississippi and Missouri. He is married to Christie, and they have one daughter, Marlee, and twin sons, Joshua and Caleb. 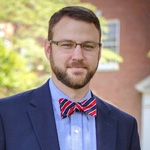 Brian Arnold is in his second year as Assistant Professor of Systematic Theology and Church History at Phoenix Seminary. Prior to joining the faculty, Brian served as Pastor of Smithland First Baptist Church in Western Kentucky. He primarily researches the Early Church and has several works coming out in this field, including Justification in the Second Century (de Gruyter), Cyprian of Carthage: His Life and Impact (Christian Focus), and The Epistle to Diognetus: A Commentary (Pickwick, with Michael A. G. Haykin). Brian is married to Lauren and they have two children, Jameson and Natalie.