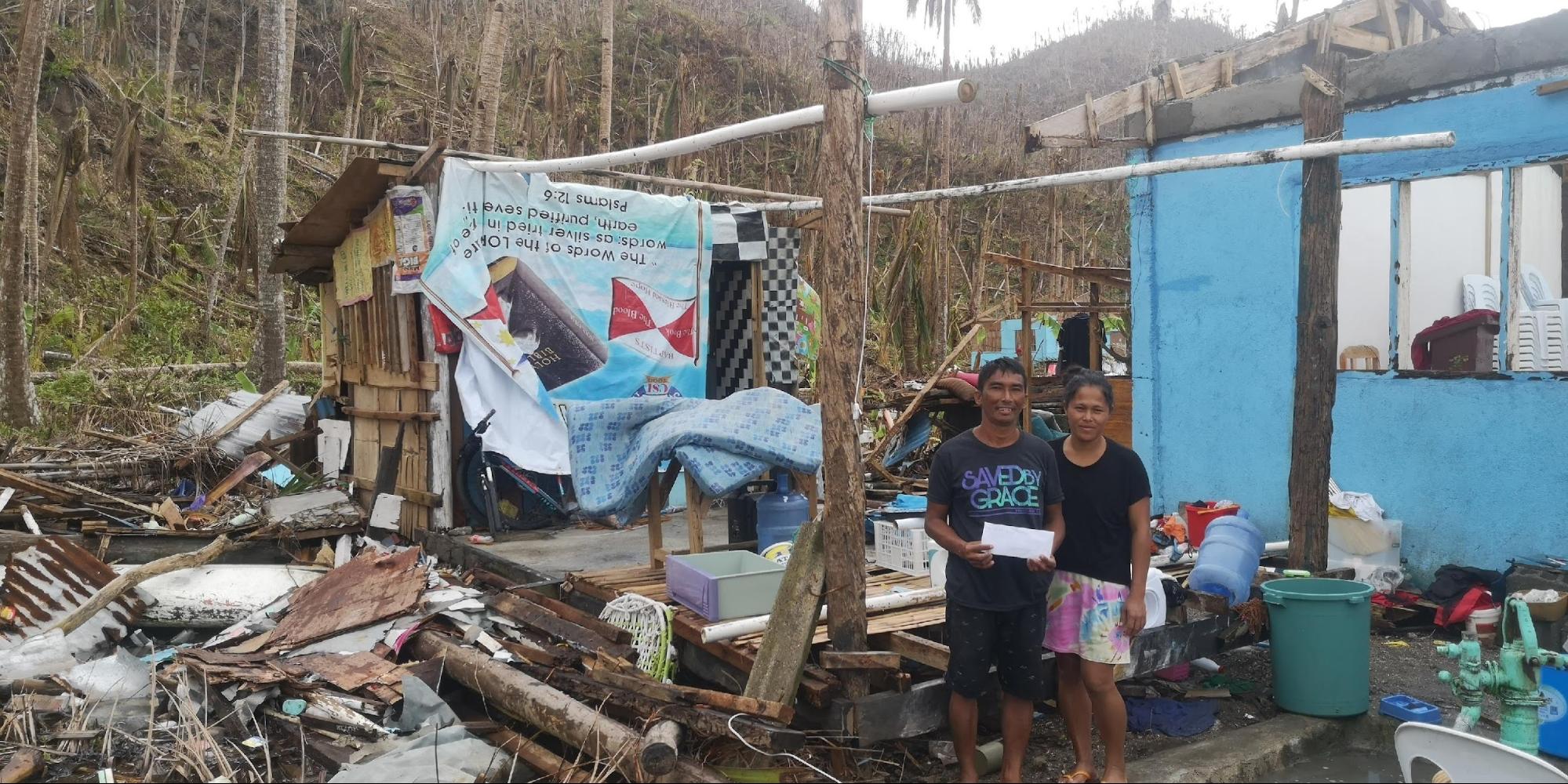 In December, multiple islands in the Philippines were devastated by a historic Category 5 storm, Typhoon Odette (Rai in the Philippines) which killed more than 400 and left a massive amount of destruction in its path.

Trinity’s own relationship with the island nation, which includes supporting numerous missionaries, pastoral training and evangelism, dates back more than 40 years.

Former TBC pastoral intern Japhet Indico, now the lead pastor at Metropolitan Christian Fellowship in the city of Cebu, recently provided an update and photos on the rebuilding efforts, which included damage to his home. Multiple members of Indico’s extended family and members of the MCF community were affected and are struggling to obtain shelter and food.

In addition to providing monetary assistance, MCF is donating tents, clothing and hundreds of dollars in groceries. “Relief packs,” which include rice, noodles and canned goods, were sent to affected households in four different areas. TBC is also providing financial help.

Please continue to pray that the needs of those impacted by the storm would be met in a timely manner.

More information and photos are available on Trinity’s Facebook.